I just saw this on a Spanish modelling site! 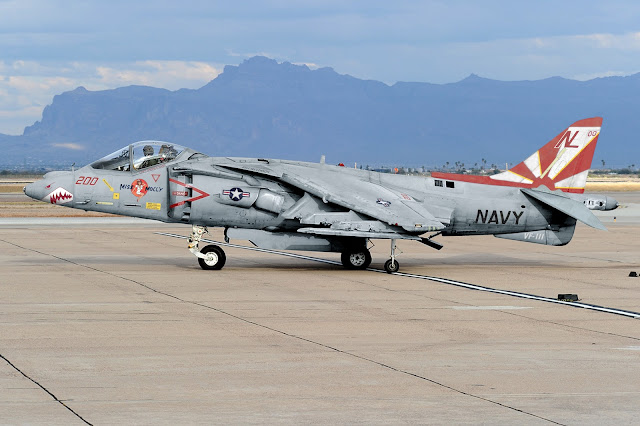 "As fellow forum I also give to Photoshop to distract me for a while when I park a bit the models.
I have always been interested in the topic of "What if" by the idea of representing a plane in a decor that has never had. I've never done in a model nor do I think in this aspect because I prefer to have a model of a real airplane ... so it occurred to me some time ago digitally and make them really is quite entertaining.
Yesterday I finished this Harrier in which attempts have been represented as these aircraft in the U.S. Navy and specifically in one of my favorite squads. It took me a couple of months and let go based spare time doing it.
What do you think? Remove lint? ... anadirías ... change anything?"

This Photoshop effort is so good that my initial reaction was "When did they do this!". I just had to share it!
Posted by Studio Gekko at 3:58 PM No comments: