So now we know that the planet in Prometheus is called LV-223. Hopefully THAT will stop all the talk of it being LV-426 despite all the evidence that easily pointed to the fact that it wasn't!

In a previous post I went to great effort to point out the size of the chair in the main control room.  I said it was human size and illustrated how and why. But some were still convince it was huge. 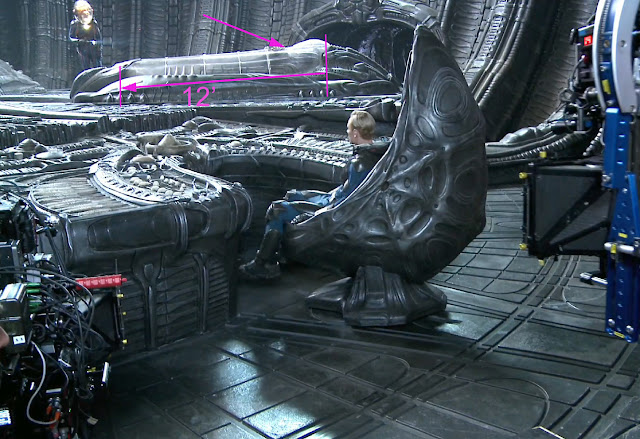 Another thing this image shows is a good profile of the sarcophagi. I'd now estimate it at 12'. So too small for a Space Jockey. But easily long enough for one of those "Engineers"!


The arrow points to something at the top of the sarcophagi that some believe to be a hole caused by a face hugger. Three of the sarcophagi have this 'hole'. The other one is already open. Personally I don't think it's anything more than part of the machine itself.

Now this is an interesting image! Here's David, in the chair, playing a flute! WTF! Has he worked out how to operate the alien technology through music? It's obvious he gets it all working. But how did he know how to do that?

I'm dying to know what is going on here! Is it story time? 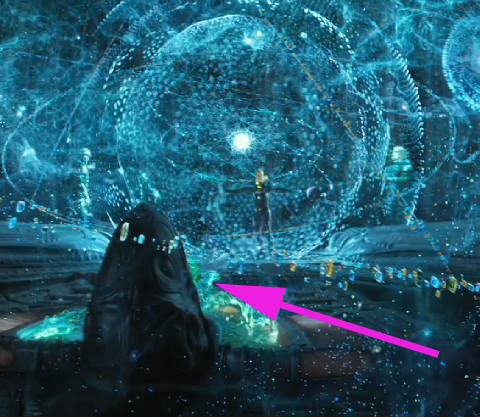 If that is David in the centre, whose arm do we see operating the equipment?

At least this confirms my suspicions of a face on top of the 'pyramid'. But a skull? An image of death. A warning perhaps, not to go in there?

Yet another iconic Science Fiction shot! Love it!

What's in the bag Noomi? A Space Jockey skull? 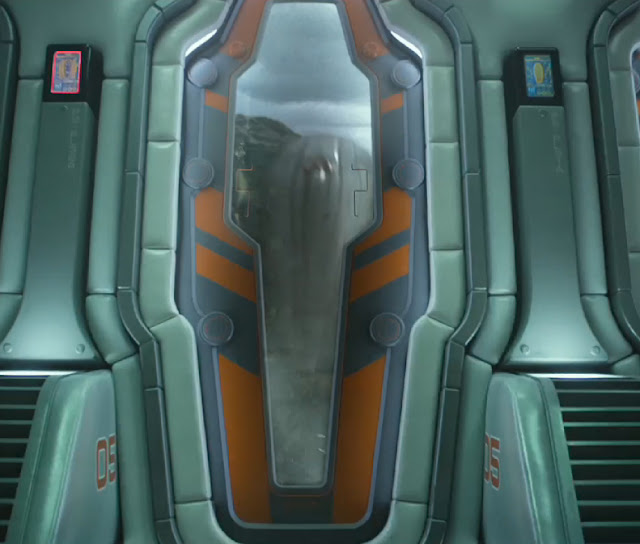 It was interesting to see this sequence. At least we now know from the Prometheus ship diagram where these escape pods are located. But why is it that Vickers appears to be the only one to use one? Noomi seems to escape off the Prometheus in the larger escape shuttle, located at the back. 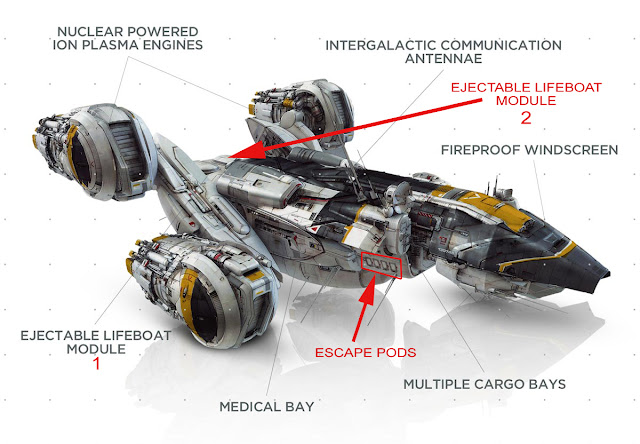 That's all for this update. Now we wonder and wait!

Posted by Studio Gekko at 1:02 AM No comments: